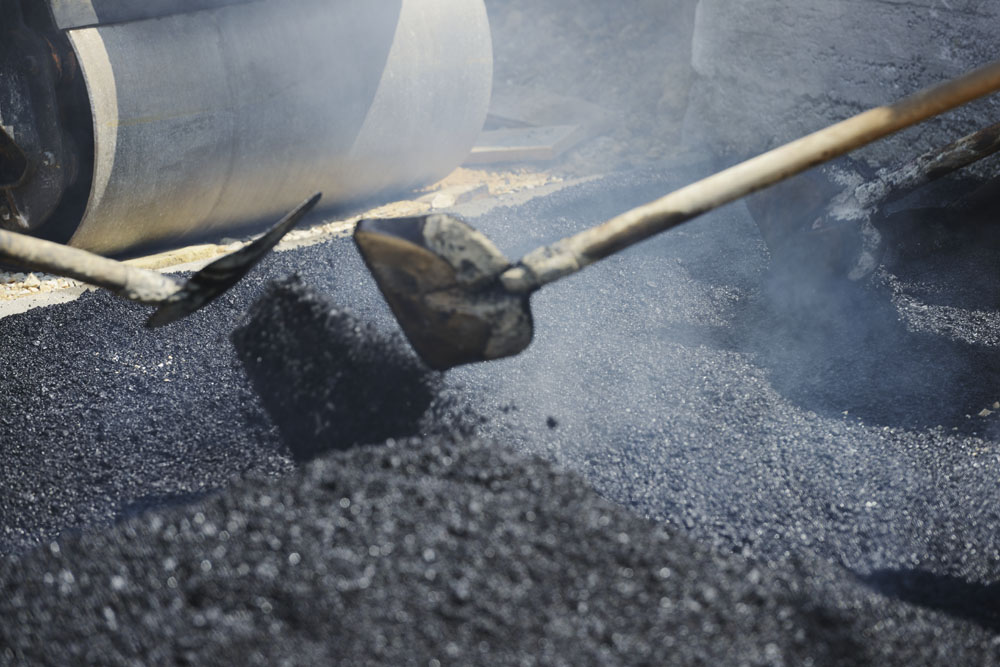 Bitumen emulsions CSS are usually made by passing the mixture of hot bitumen and water phase between a rotating disc, cone or wheel and a stator.
In the emulsification process, hot binder is mechanically separated into minute globules and dispersed in water treated with a small quantity of emulsifying agent.
The water is called the continuous phase and the globules of binder are called the discontinuous phase.
by proper selection of an emulsifying agent and other manufacturing controls, emulsified asphalts are produced in several types and grades

By choice of emulsifying agent, the emulsified asphalt may be:

Also, by variation in materials and manufacture emulsified asphalts of both anionic and cationic types are made in several grades.

Some of these grades and their uses are:


(1) Anionic - non -virginia grades RS-2 Tack and seal coat, SS-1h slow set slurry and tack,
(2) Cationic - virginia grades CSS-2 Tack and seal coat, CSS-1 tack, CSS-1h tack css-1h two types for slurry (rapid set and slow set) and tack; CSS-2 prime, tack, seal, and cold mix. (contains 7-12% solvent) because particles having a like electrostatic charge repel each other, asphalt globules are kept apart until the emulsion is deposited on the surface of the soil or aggregate particles. Emulsified asphalts can be used with cold as well as heated aggregates, and with aggregates that are dry, damp, or wet.